​﻿Journal of Bioscience and Agriculture Research

Corresponding author: ​snaznin3@gmail.com (S. Naznin).
Abstract
Knowledge gap and lack of practical experience of farmers are the main impediments to cultivate BRRI dhan50 in south-western region of Bangladesh. BRRI dhan50 is of interest as a means of addressing the higher production cost and lower profitability of the existing Boro cultivars. Therefore the present study was conducted to estimate the production and profitability of BRRI dhan50 rice in selected areas of Bagerhat, Satkhira and Khulna districts. An interview schedule was prepared containing all relevant questions and farmers responded the questions from their regular practice and experience. Primary data were collected from the randomly selected farmers during the period from August to September, 2016. During calculation of total production costs, purchase costs of seed, manure, fertilizer, and insecticides as well as cost of power tiller rent, irrigation, and land rent were taken into account. Per hectare costs were calculated for all inputs including farmer’s own labor and hired labor and all other materials costs for producing BRRI dhan50 rice. Collected data were analyzed using SPSS 16.0and MS Excel program which helped to address the main objectives of the study. Cost and return analysis showed that input cost (cash costs) incurred for producing BRRI dhan50 in Bagerhat, Khulna and Satkhira were 82,555.34±1460.15, 83,228.03±852.13 and 76,148.51±1423.35 BDT/ha, respectively. The estimated fixed costs for producing BRRI dhan50 in Bagerhat, Khulna and Satkhira were 22,151.81±60.84, 25,411.09±292.70 and 27,630.01±128.74 BDT/ha, respectively. In south-western region, average total cost for BRRI dhan50 production was 105,815.62±927.84 BDT/ha. Gross return from BRRI dhan50 cultivation in Bagerhat, Khulna and Satkhira were BDT 107,761.3±3582.10, 125,383.9±3073.08 and 135,415.5±3300.78/ha, respectively. Accordingly, per hectare net return from BRRI dhan50 cultivation showed highly significant differences (P<0.001) in three districts where the means were 3054.2±2062.72, 16,744.63±2080.21 and 31,636.97±3270.48 BDT/hafor Bagerhat, Khulna and Satkhira, respectively. Average yield of BRRI dhan50 in these regions was observed 5.73±0.08 t/ha.  The findings of the present study indicate that net return of BRRI dhan50 rice cultivation was highest in Satkhira district compare to Bagerhat and Khulna. However, the profit margin was very low because farmers received lower prices of rice during harvesting time and over the year. 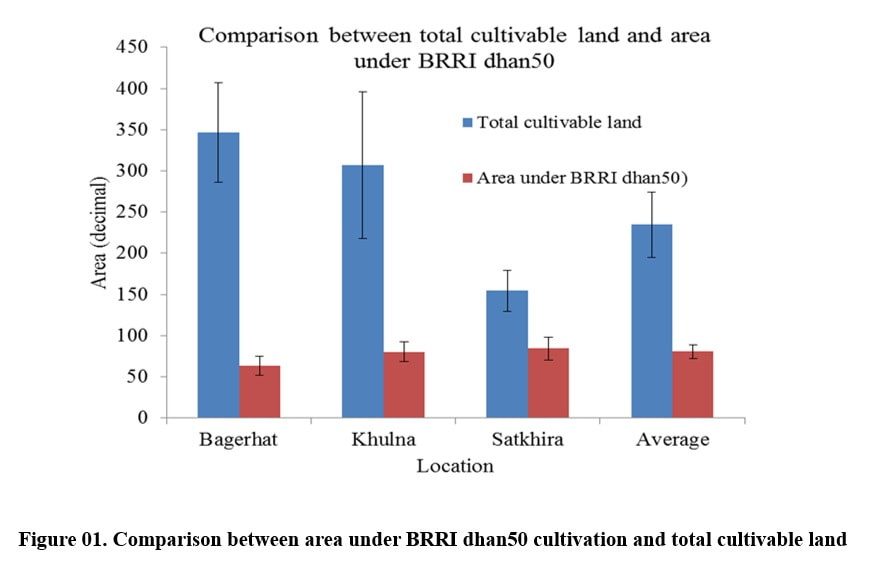 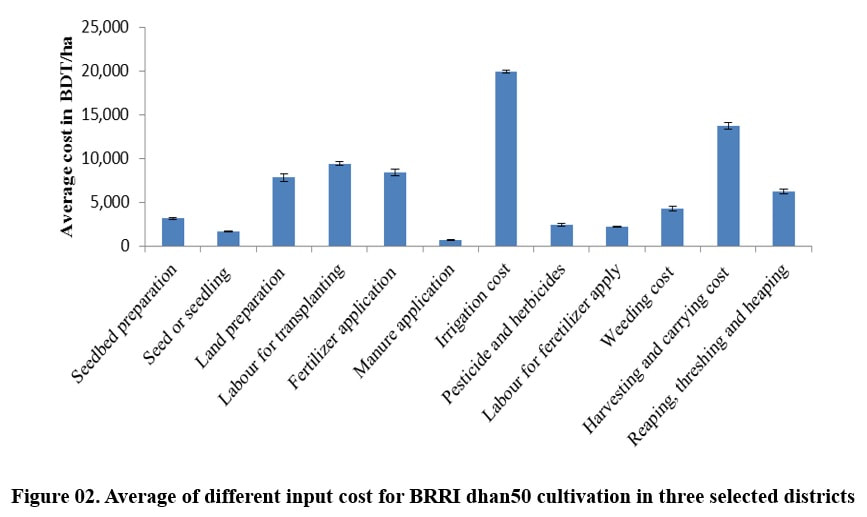 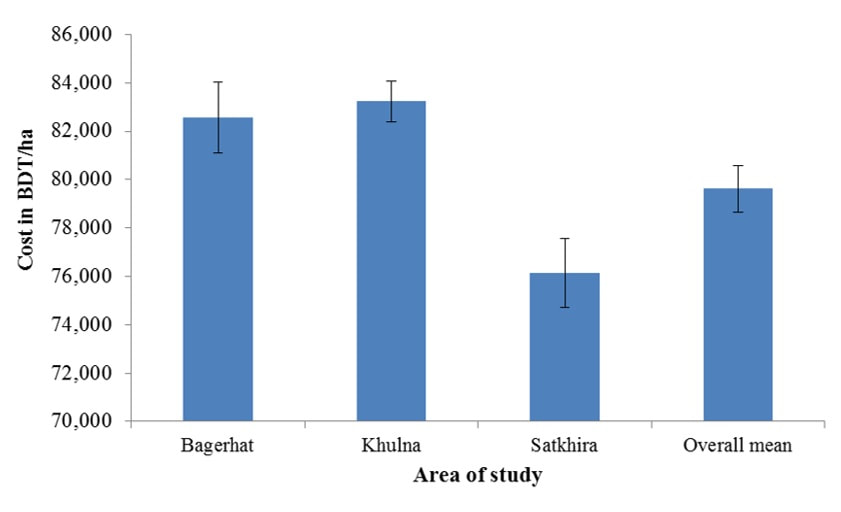 Vancouver
Naznin, S, Islam, SS, Islam, MS, Rashid, H and Mahalder, D. Study on the production and profitability of BRRI dhan50 cultivation in south-western region of Bangladesh. Journal of Bioscience and Agriculture Research. 2019 June 21(02): 1767-1777.
References
© 2019 The Authors. This article is freely available for anyone to read, share, download, print, permitted for unrestricted use and build upon, provided that the original author(s) and publisher are given due credit. All Published articles are distributed under the Creative Commons Attribution 4.0 International License.
​Require any changes or update in this article? Please contact from HERE.
Journal of Bioscience and Agriculture Research EISSN ​2312-7945.