Please cite this article as:
Islam, S. M. R. (2015). Globalization: Economic Hallucination for the Developing Countries. International Journal of Business, Management and Social Research 01(01): 41-46.
Please read the Open Access full text article below.
I. Introduction
​Globalization has become the most commonly used word in recent world. It refers the world is alike global village, where every country acts like neighbors and no boundaries are exists among them. But it is true that there are many social classes in a village and high profile families get special privilege. Globalization is compared to a vessel, where every country is the passenger of the same vessel but in separate cabin; some are travelling in first class cabin (developed countries) and some are travelling in working class cabin (developing countries). This is a great hallucination for the developing countries to be passenger of first class cabin through adoption of globalization. 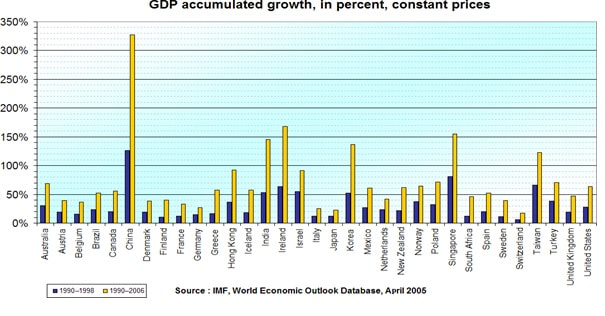 Figure 1. Comparative GDP accumulated growth (Wikipedia – 2015).
Land reosurces
​Main theme of globalization is to use others’ country and cross-border land for productive purposes without any obligation or hindrance. It is like a straw by which developed countries can absorb all the properties laid in the land resource of other countries. Though Bangladesh is a developing country, she has adorned with a reasonable amount of natural gas, a well-established sea port and many of rivers. Even the neighboring country, India and China take the very advantage from that in the name of globalization through various trade and commerce activities. Land resources and favorable climate coupled by cheap manpower are potential factors that motivating developed countries to extend their pre-mediated business and commerce towards the developing countries under the umbrella of global free trade. For example, climate, ever fertile soils, natural coal & mining resources of some developing countries are very congenial to produce agricultural products, coal & natural gas, other raw materials and many other input components of rather finer products. In these cases, the developed countries use the land resources of poor countries by showing and or narrowly creating a temporarily unstained hope of development in the name of globalization and global commerce.
Global transportation
​To reap the global benefit, the developed countries design global routes of transportation. In the past (colonial period), China, India, East Africa, North Africa, Europe, Trans-Sahara, Arabia were full of natural resources (e.g. goods, silk, lacquer ware, silver, spices, clothing, timber, precious stone, ivory, pearls, animals, slaves and even heritage !). At that time in country land / road routes and sea routes were much popular and convenient. Today at the age of globalization, the air route is added with the previous two, it accelerates the absorption of resource from developing country. The developed 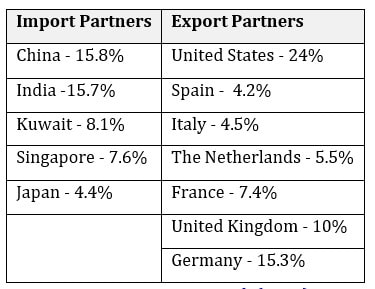 Source:  Economy Watch (2010)
Economic groupings
The developed countries make different giant economic group (G-8, BRICS, D-8, OECD, OPEC, G-20) and they tend to enforce several law and order on the developing countries during trade and commerce treaties or for membership facilities. These groups are formed to absorb the ultimate